Why is learning and speaking Spanish so delightful for Indians? 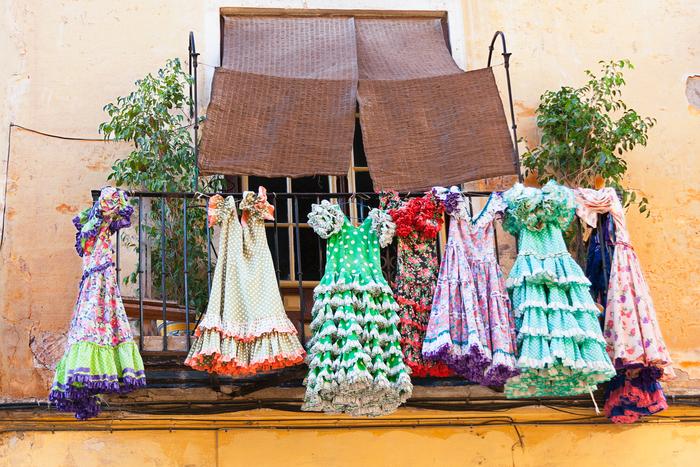 Spanish has become “a must speak” language like English. Many people with diverse backgrounds are learning Spanish in Europe, North America, Russia or China. But in the past 5 years, Spanish seems to have gained more fans in India than anywhere else.

So… why such an enthusiasm towards Spanish amongst Indians?

It’s true that Spanish is not a difficult language for Indians for a series of reasons already mentioned in many other articles: phonetics, Latin roots, relatively simple grammar, etc.

Ok, but, independently from professional or practical reasons, when someone chooses to study a language, there is a determinant emotional factor: you like, dislike, or sometimes simply feel nothing about a language and the world related to it.

In the case of Indians and Spanish language, there is a “je ne sais quoi” that make Indians feel at ease with Spanish… but what is it?

Bingo! This sort of “love at first sight” between Indians and Spanish language is because there are no Europeans more similar to Indians than Spaniards!

It may sound clichés to you,  but check out some of our common traits

Yes, both Indian and Spaniards love talking in the bus, at the supermarket, in a waiting room: wherever! We both love chatting with unknown people and make jokes about anything. We also love to know people’s lives and their circumstances right from the beginning and can be sometimes a bit nosy according to other cultures. However, our need to get information from interlocutors is usually well-intentioned.

Olé, play it again and louder!

If you want to make both a Spaniards and Indians happy give them dance and loud music. It is not a coincidence that the most popular Spanish dance form flamenco was largely inspired from India. In fact, there are striking similarities between Flamenco and the Indian dance form Kathak.   Spaniards, like Indians hardly consider celebrating anything without the music and dance associated with it.

Let’s say it: we are social night birds!

Whether you are in Mumbai, New Delhi, Madrid, Jaipur or Sevilla: restaurants and bars are in every corner and open until late.  Streets and bar are busy and packed up with people lively discussing around a drink or some food. Majority of Spaniards and Indians cannot imagine social life without gathering at night with friends.

Bargaining is good, even if it is just for socializing!

Yes, Spanish people love bargaining too. Of course, bargaining is disappearing from every day shopping but bargaining is still instinctive when agreeing with a lawyer, a builder, a repairman or some services. Bargaining is also for Spaniards as for Indians a way to socialize. And, you know what? The outcome of the bargain does not really matter in the end.

Yes, both in Spain and India family goes before anyone. Birth, marriage, birthday have to be celebrated by a large part of the family including sometimes far cousins. Marriage are often too large to fit in a normal restaurant and it is not rare to have 500 guests in a ceremony.  And, if you are part of the family and miss out one of these celebration, you‘d better have a good excuse not to be banished.

Keep cool: Time is a relative and flexible concept!

We Spaniards and Indians do believe that excessive ponctuliaty generates a high dosis of stress. We can be formal when necessary but it’s quite common to tell friends: “let’s meet like there like at 7 or 7.30 ish”. No one dares saying you’re late if you arrive 15 or 20 minutes late. If you think of it, in the end what’s 20 minutes in a life time?

Be nice and don’t stand so far from me!

Although both Indians and Spaniards have learnt very quickly the importance of physical distancing during  Covid 19, they suffer from it a lot. For both cultures, keeping physical distance is a challenge since it goes against their natural attitude. In family or circle of friends, we need physical contact and short distance.  In addition, we both use body language to assert jokes or express feelings, so social distancing and masks are somehow diminishing our communication.

Helpful? Always, even when we have no clue!

Any foreign traveller getting around Spain and India can easily corroborate that locals are always keen on helping people and even interrupt whatever they are doing to attend the traveller in need of help. What is actually funny about all this is that both Indians and Spanish are always keen on helping even when they do not have a clue, so they will explore and find out with you!

There is little denying, Spaniards feel at home in India and Indians feel more at home in Spain than anywhere else in Europe.  India and Spain are deemed to understand one another and become closer and closer in the future

Should you learn a language with a native or non-native teacher?